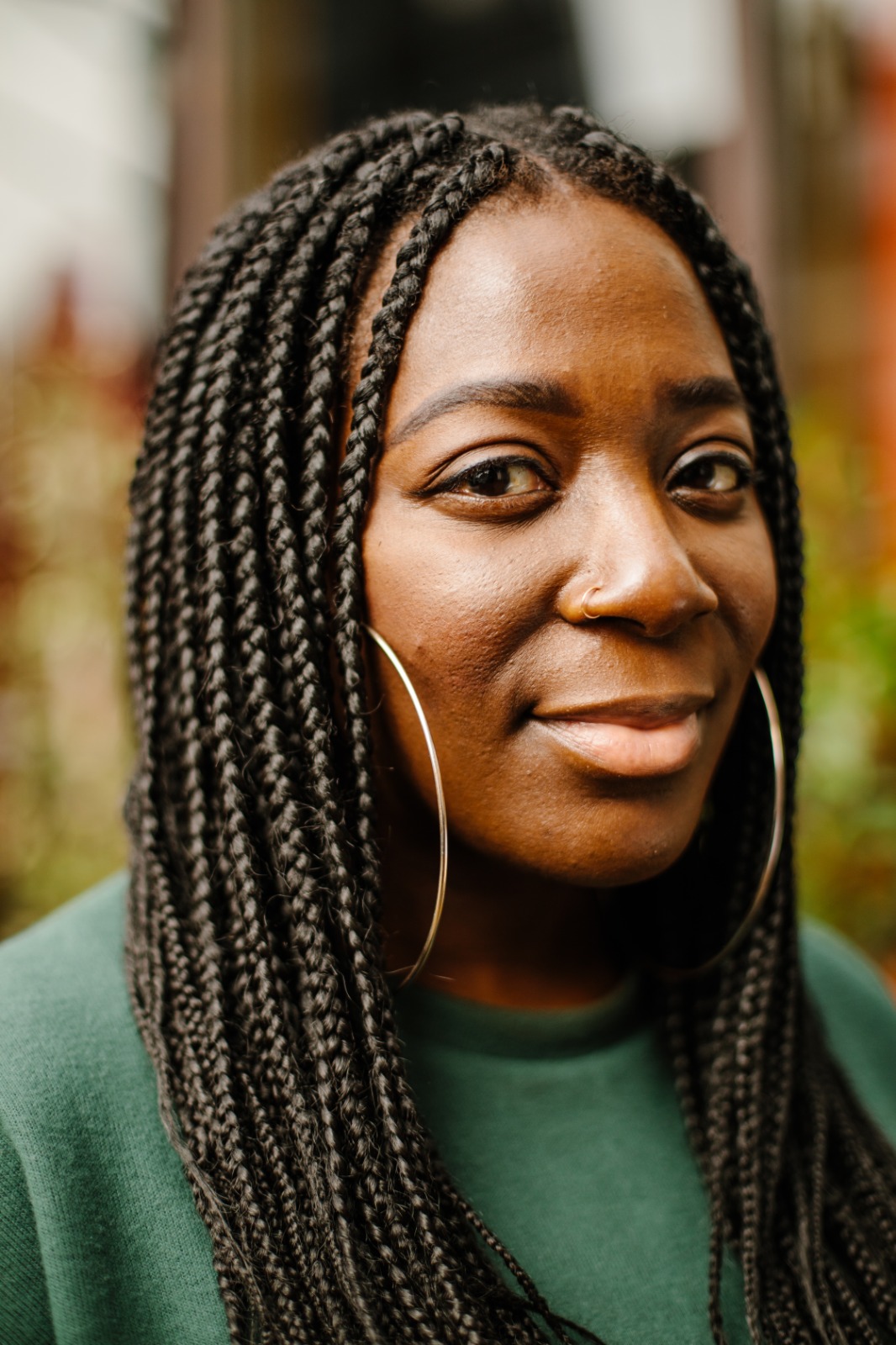 I am a writer, producer and editor and storyteller. I am a trustee for Theatre Centre and on the advisory boards for Beyond Face Theatre and Creative Leamington. I recently became a member of the advisory panel for the Cultural Learning Alliance.

I am the Company Director of Sour Lemons, where I am the stoyteller, weaving together the methodology, values and practices which allows us to make radical changes in the arts and cultural sector.

I worked at Coventry City of Culture Trust as the Programme Manager for Young People and Youthfulness, where I led an international programme for young adults called Youthful Cities, partnering the British Council, BBC Contains Strong Language and The International Booker Prize.

I am part of the Black Womxn in Theatre team behind the iconic #WeAreVisible photoshoot of over 250 black womxn at the Globe Theatre in July 2019. During the pandemic, Black Womxn in Theatre partnered with Eclipse Theatre and Bush Theatre in creating #AllOfUs campaign and #HearToStay a 4-week redundancy recovery care programme. This saw 50 Black, Asian and ethnically diverse people who were made redundant or were at risk of, come together and receive financial, mentoring and job support.

I previously worked at Ovalhouse theatre in south London as the Learning and Participation Manager and oversaw and mentored the Young Associate Artists. Mentoring is of importance to me and I was pleased to have won Mentor of the Year at the Women of the Future awards in December 2018.

After completing an MA in Dramatic Writing at Central Saint Martins and receiving a distinction, I became an associate with Tamasha theatre and I am now a long-time collaborator with them. I co-created and edited 'Hear Me Now Audition Monologues for Actors of Colour' with Tamasha, published by Oberon Books. 'Hear Me Now Vol.2' is currently in development and will be published in early 2022. For this, I am working with 10 theatres, 100 actors, 50 writers across the year.
'Hear Me Now' has become a series and in February 2020, I curated and produced a one-week festival, taking 16 monologues from the Hear Me Now book and creating a platform where stories about Black and South Asian women were not Centre around trauma. 'LoveSexIdentityAmbition' at Theatre503 saw an all Black and South Asian cast and crew open up conversations and provocations about the stories that are on the theatre stages for women of colour.

My sisters and I have created a platform to work with and connect women together, more specifically Black women. 'Beyond the Line' builds community, encourages collaboration and brings to the forefront women’s stories - especially those not often told.

I am always looking to connect and collaborate! So please get in touch.