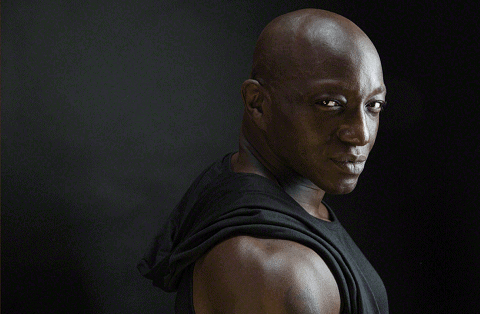 Mykal is currently Associate Director/Choreographer for Starlight Express in Germany and Director/Choreographer for Chicago in Slovenia. He was Resident Director/Choreographer for the last West End run of the smash hit musical, Five Guys Named Moe, at a purpose built theatre on Marble Arch. Just before going into help with the creation for Five Guys Named Moe, he had just finished choreographing a wonderful production of the musical The Bubbly Black Girl Sheds Her Chameleon Skin for Theatre Royal Stratford East. Before this Mykal was working on the new production of Show Boat at The New London Theatre as Charlie. Mykal, has performed in Starlight Express in London, Japan, Germany, UK Tour and New Zealand Tour, where he was also Associate Director and Associate Choreographer. Parts played include Rusty, Poppa and Electra. Mykal can also be heard on the latest soundtrack of Starlight Express in Germany, where he was asked to perform the role of Electra for the 25th Anniversary celebrations.
Other Director and Choreographer credits include Rent, Evita, Jesus Christ Superstar, Hair, Smokey Joe's Café, Fame, Supernatural, Purlie, Grease, Passion, Release the Beat, Golden Boy, Cabaret de Monaco, Tamperer featuring Maya and Janie Dee at The Donmar Warehouse.
Performance credits include, Big Moe and Nomax in Five Guys Named Moe, Simba in The Lion King, Gitlow in Purlie, The Boss in Hot Stuff, Ken in Smokey Joe's Café, Rhythm Boy, Understudy Mister Magix in My One & Only, Stretch in Oh! What a Night.
Mykal has also been involved in the musical Rent since it arrived in the UK, understudying and playing the roles of Tom Collins, Benny and Angel on numerous occasions in the Original West End production at the Shaftesbury Theatre. He also played Collins in Dublin, the UK Tour and at The Prince of Wales Theatre in London, which he also choreographed.
Television appearances include: The Concert, with his band Honeychile for Channel 4, A Day in the Life for WDR Germany. Mykal can also be seen playing an Apostle in the award-winning DVD of Jesus Christ Superstar, produced by The Really Useful Video Company.
Mykal has also studied filmmaking at SAE Institute, in front and behind the camera.