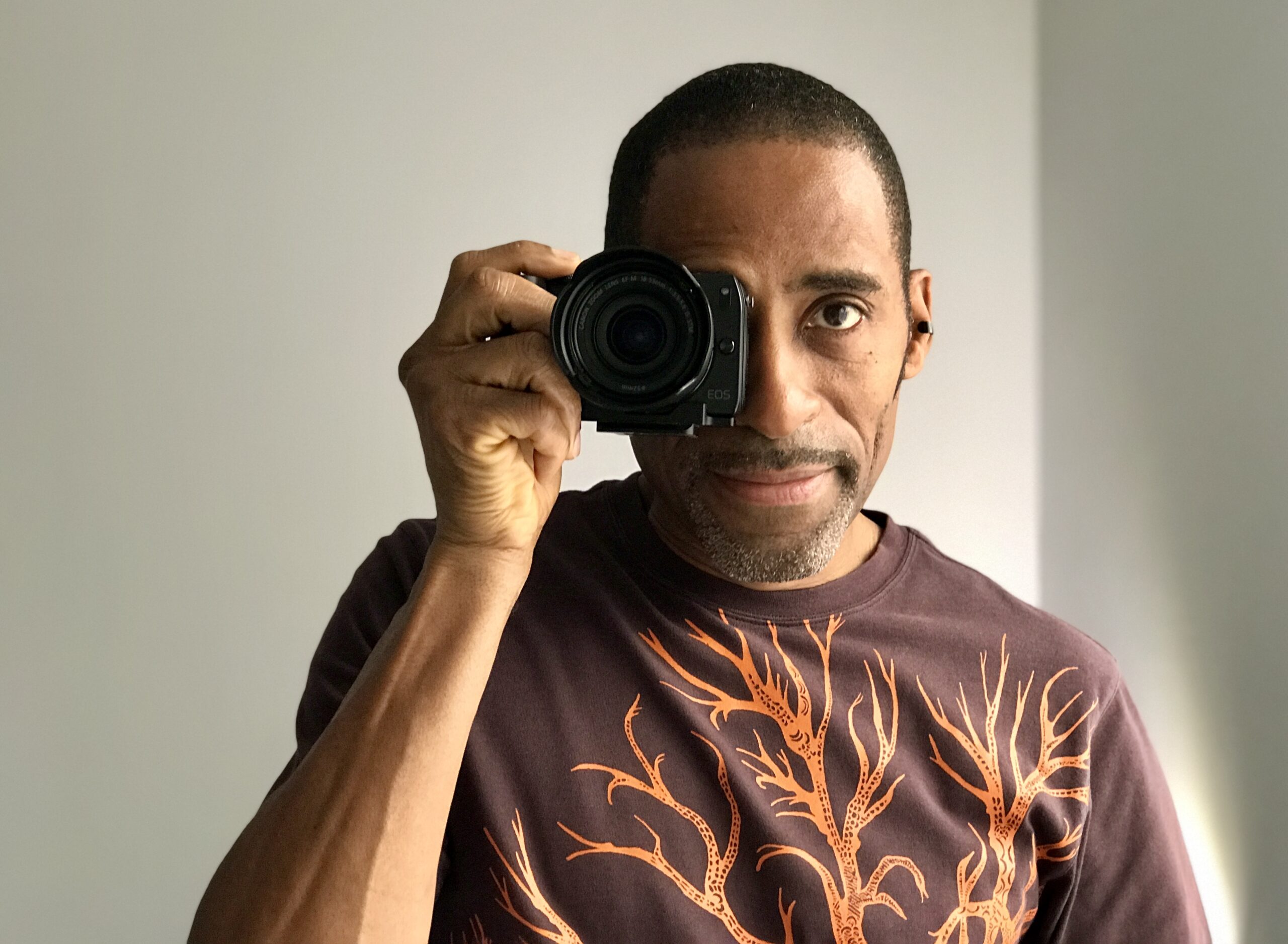 I am a highly experienced and versatile dance practitioner having worked across the sector for 34 years as an educator, community artist, dancer, choreographer, film maker.

I trained at Rambert School of Ballet & Contemporary Dance from 1982 - 1985, attended 3-week course at Dance Theater of Harlem 1985 and Ken Swift (Rock Steady Crew) Pioneer B Boy Course in 2007. I have also taken numerous Capoeira workshops with Axe during my time with Union Dance and other Capoeirista Masters from Brazil. I continue to train my body and most recently attended online classes with Russell Maliphant Dance Company 2020.

Film/Camera
I was a recipient of Art Council’s Dance for the Camera Traineeship (Camera Department) and was part of two films ‘Exit’ and ‘Reunion’ in 1998. Between 1999 -2000. I attended an Aaton 16mm Camera Course and Panico Film Course. I have utilised these skills towards my DSLR Dance Films from concept to filming and Editing.
I am a self-taught photographer working with black and white medium developing and printing all my work. I then went on to use digital medium for my current work, this lead on to film and video creation.

Performance Work
from 1985 – 2008 I was part of Union Dance Company as a freelance dancer, Rehearsal Director and left as an Assistant Artistic Director. I have worked with many choreographers such as: Doug Elkins, Bill T. Jones, Laurie Booth, Rafael Bonachela, Colin Poole, Bawren Tavaziva and Vincent Mantsoe.
I have been a featured dance artist in Season 3 of Mr Selfridge, 2014.