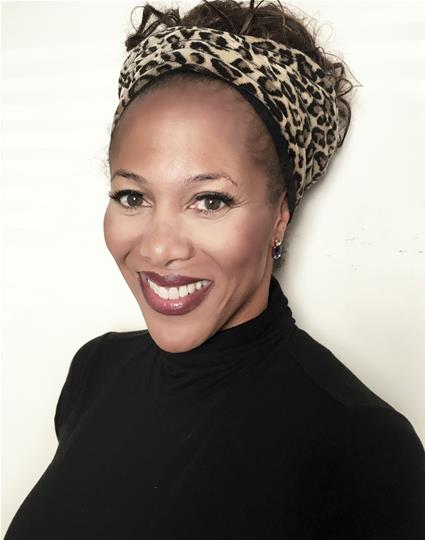 Mzz Kimberley also known Kim Tatum is one of the UK’s most fashionable artists.
Kim’s first film role was the cult hit ‘Killer Tongue’ with award-winning visionary director Alberto Sciamma. Additionally, she appeared in ‘Preaching to the Perverted’, a role first offered to Jerry Hall.
Kim’s was the supporting lead in the hit Web series, 'Spectrum London'.
Kim has become a regular in the new sitcom ‘The Finellis’ filmed in Berlin. http://www.thefinellis.com/
Kim’s theatre credits include, ’The Maids, playing the Madam which toured in Russia, ‘The Las Vegas Story’ and ‘In the Flesh’, her first lead which toured Los Angeles and Sydney. Also, the lead in “The Vampires of Sodom “, performed in New York, directed by childhood friend Daniel Both.
Kim played Zakia in ‘Trans Scripts’ which toured England, Joan in Rikki Beedle Blair’s production of Summer in London at the Stratford East theatre. ‘Dead and Breathing’ at the unity theatre in Liverpool and Albany theatre in London.
Kim joined Lloyd Daniels and Sam Redford as a supporting lead in a new musical, ‘Closet’s’, at the Hope Mill theatre in Manchester.
During Covid Kim was lucky enough to have had kept working. She starred in the pod cast ‘Adventures In time and Gender’, playing Chevalier D’eon. A cameo in ‘Chat Zone’, directed by Joe Withers, online plays, ‘Star Man’, directed by James Cole and ‘Whats Your Song’, part of the At Home Artist Program directed by Eli Scheicher.
In 2021 Kim is set to star in 2 short films, ‘Child of Polycitus’ directed by Lauren Jones and ‘Still I Thrive’ directed by Campbell X. Kim will also star in a pod cast, ‘In of The Line’, exploring the issues women face when deciding to have or not to have children. Kim also joined the cast of ‘Transpose’ an online concert with American trans artist this February. Kim will return to the cast of ‘Straight White Men’, opening at the Southwark Playhouse Theatre in 2021.
As a cabaret artist with a powerful voice and broad vocal range, she entertains her audiences with jazz, soul, musical theatre, and gospel. Kim has performed in London’s supperclub, The Glory, The Ivy club, Shadow Lounge, The RVT, Club Wotever, L’Escargot restaurant, Home House, The Brompton Club, Shoreditch House, The Cellar Door, Arcola Theatre, Café De Paris, National Theatre, Royal Festival Hall, and the Edinburgh festival.
Kim toured with Cyndi Lauper on the European ‘Girls Just Wanna Have Fun’ tour as a dancer.
Kim has sashayed for television’s ‘Project Catwalk’, presented by Kelly Osbourne and ‘Red or Dead’ during London’s fashion week.
Kim has appeared as a cover girl for publications such as ID, Boys, Prime, Cyberia, Update, QX, MAX, and the Sunday Times. She is featured also in articles for The Guardian, The Face, British Elle, Bizarre (The Sun), Fluid, Don’t Tell It, Space, Time Out, Women’s Own, Heat, Attitude, Evening Standard, GQ Magazine and Cosmopolitan on-line magazine.
Kim is featured in the national ad campaign for Tennent’s Super Ice. Television commercial credits, ‘Renault Cars’, ‘Dove Soap’ and ‘Euro Star’ trains.
Kim presented BMP - the late-night music show, Co-hosted ‘020’ – a ‘Time Out’ TV styled show with Gail Porter. Also ‘Night-Life for LWT, ‘Tranny of the Year’, co-hosting with Ruby Wax.
Kim is a regular on the main stage for London Gay Pride, judge for ‘Pride’s Got Talent’ and Gay Prides queer art show.
Kim is also the host for Brighton Gay Pride, Brighton Trans Pride and Hastings Gay Pride.
Kim was made patron of ‘CliniQ’ last year, a health service for the trans and non-binary community. Kim is also the ambassador for ParaPride, highlighting the queer disabled community and AIDS memorial UK,
Kim was just awarded the ‘10/10’ award at the House of Lords from The Naz Project, presented by Baroness Liz Barker in conjunction with HR Princess Tessy of Luxembourg.
Kim made the 2020 LGBT Power List at number 61
In 2020, Kim had the honour to be the first trans woman to present the first LGBT+ award for the ‘Black British Theatre Awards’ for Sky television.
Kim is the director and founder of Mzz Kimberley’s LIFE, highlighting trans performers.